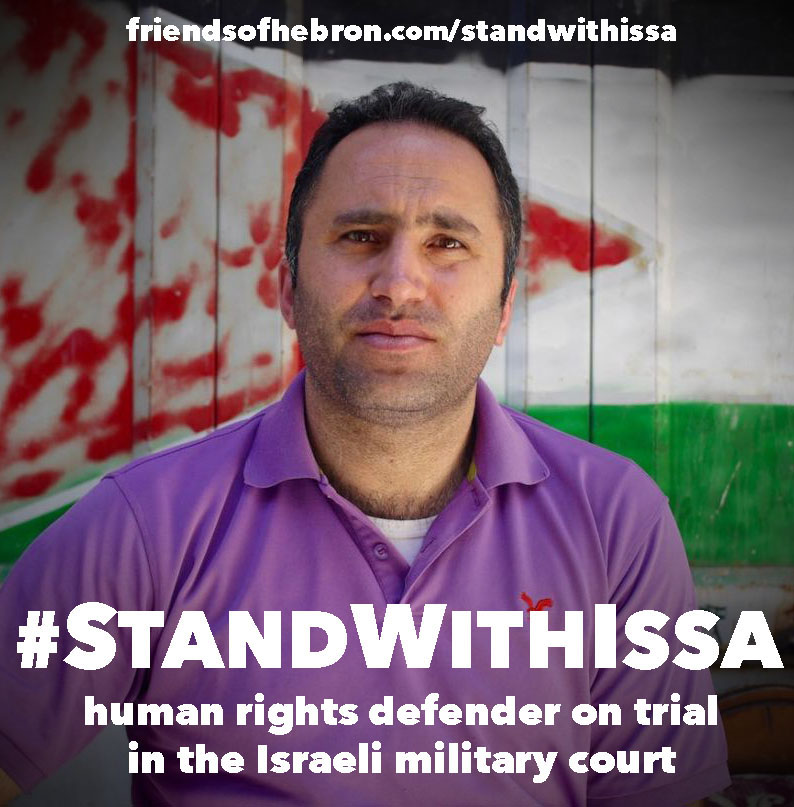 Go to the action page for more opportunities to help us protect Issa from the military court.

Issa Amro is the co-founder of Youth Against Settlements in Hebron and is formally recognized as Palestinian Human Rights Defender. He has been convicted by an Israeli military court for his peaceful community organizing.

In early January, Issa was convicted on six charges, including three counts of "participating in a protest without a permit." The judge has scheduled a hearing for February 8th in Ofer Military Court where he will publicly announce the sentencing. He may face years in prison.