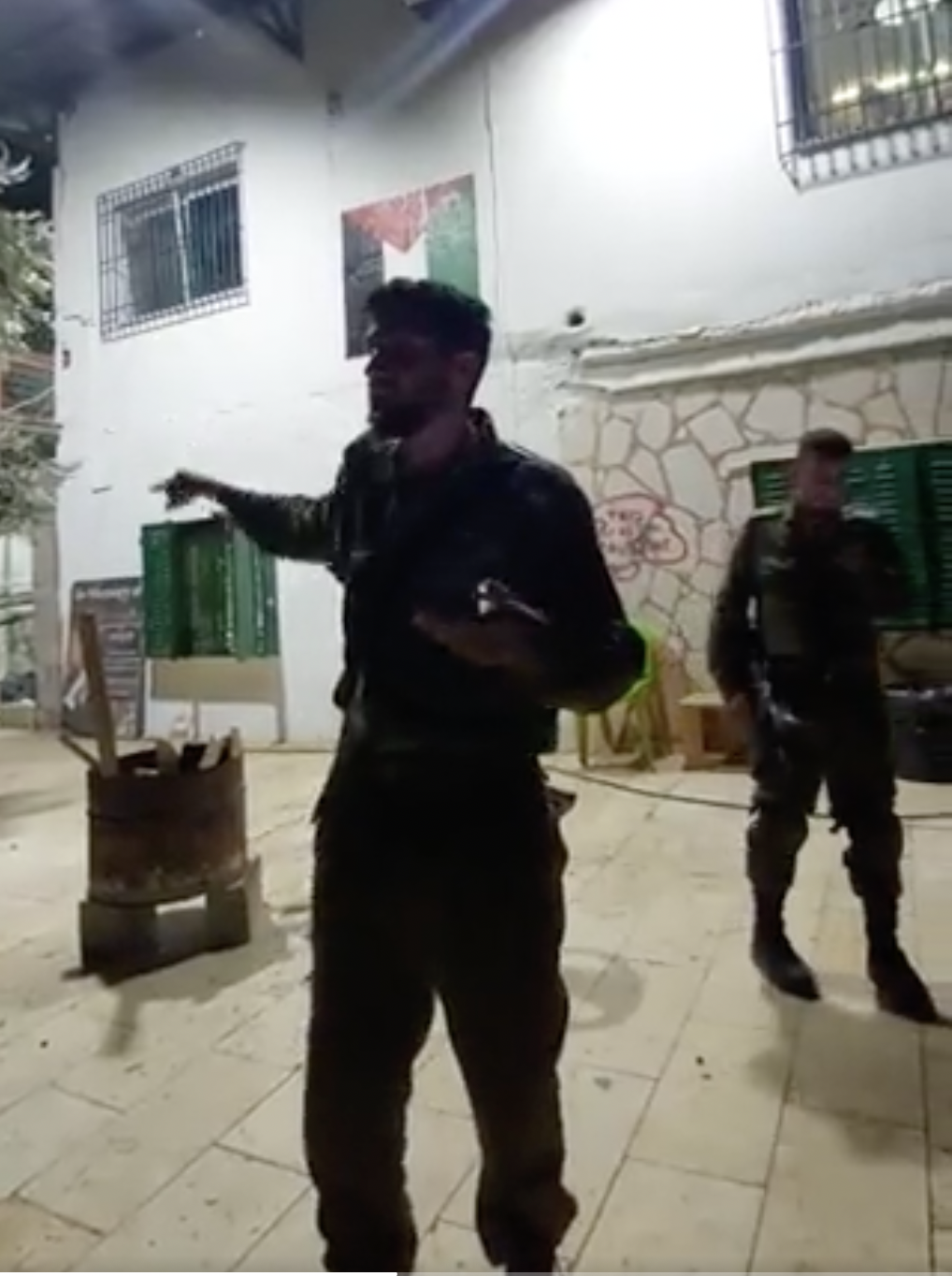 The Israeli army closed down the house of UN-recognized Human Rights Defender Issa Amro and Youth Against Settlements (YAS) community center in Hebron. Help us get it back!

Sign the petition to the U.S. State Department calling to lift the closed military zone order imposed on the house. The order prevents anyone but Issa from entering, including volunteers, journalists, family or medical personnel.

Issa is now left isolated and alone in his house, which is located a few meters from an Israeli settlement and army base. He has been receiving death threats from both soldiers and settlers.

Please join our call and sign the petition now!

We write to request that you urgently pursue all diplomatic tools at your disposal and encourage the appropriate Israeli authorities to lift the closed military zone order imposed on the house of internationally renowned Human Rights Defender Issa Amro. His house functions as the community center of the local Palestinian direct action group Youth Against Settlements (YAS). Mr. Amro is now left alone and isolated in his house under the threat of violent attack from the nearby Israeli settlement and army base.

On October 31st, 2022, the Israeli army closed down Mr. Amro's house. A closed military zone order (CMZ) prevents anyone from entering, including journalists, volunteers, family, and medical personnel. The house is a meeting point between international and Israeli delegations, a training center for local volunteers, and a community center for Palestinians living in Hebron’s most restricted areas. In the two weeks before the CMZ order, YAS had been leading an olive harvest campaign with Palestinian, international and Israeli volunteers to help local Palestinian famers harvest olives from their trees in the ancient agricultural Tel Rumeida neighborhood. Israeli settlers assaulted and harassed the farmers and volunteers multiple times during this period while Israeli soldiers stood idle by. Mr. Amro attempted to file a complaint at the local Israeli police station, but was refused. His house was closed the following day.

“Israeli settlers have long been asking the Israeli military to close my house in Tel Rumeida,” Amro stated. “They don’t want me to talk to any international and Israeli audience about the Israeli apartheid and the Israeli occupation.” Amro stated that he is now isolated and afraid to leave the house, and has faced death threats by Israeli soldiers and settlers since the closure.

In late 2015, the Israeli military also declared Mr. Amro's house and much of the surrounding Tel Rumeida neighborhood a CMZ. After six months of international campaigning and sit-in protests, the order was lifted and the YAS center was reopened for activity. Yet most military restrictions in the neighborhood remained.

Issa Amro is the co-founder and former coordinator of the Hebron-based Youth Against Settlements initiative. In 2010, he was declared “Human Rights Defender of the year in Palestine” by the UN OHCHR and he is formally recognized by the European Union. In 2011, he was a guest of the U.S. State Department. In 2016, Amro was indicted by Israel on outdated charges condemned by Amnesty International as “baseless” and “politically-motivated.” In 2017, U.S. Senators and House Representatives including Bernie Sanders sent letters urging Israel to reconsider the charges. He was found guilty on six charges in January 2021, including three counts of “participating in a protest without a permit,” and sentenced to probation. Two charges were related to a protest in 2013 during Obama’s visit to Israel, in which Amro was arrested wearing a Martin Luther King mask. Amro was additionally arrested and jailed by Palestinian authorities in 2017 on free speech charges related to social media posts. He was acquitted in 2021.

Mr. Amro met with you personally in May, 2021, and encouraged you to secure Palestinian rights against Israeli human rights abuses. We now fear for Mr. Amro's health and wellbeing and ask respectfully that you act to protect leaders of Palestinian civil society. We believe that it is the duty of United States of America to protect nonviolent resistance and not let peaceful community organizing be suppressed.