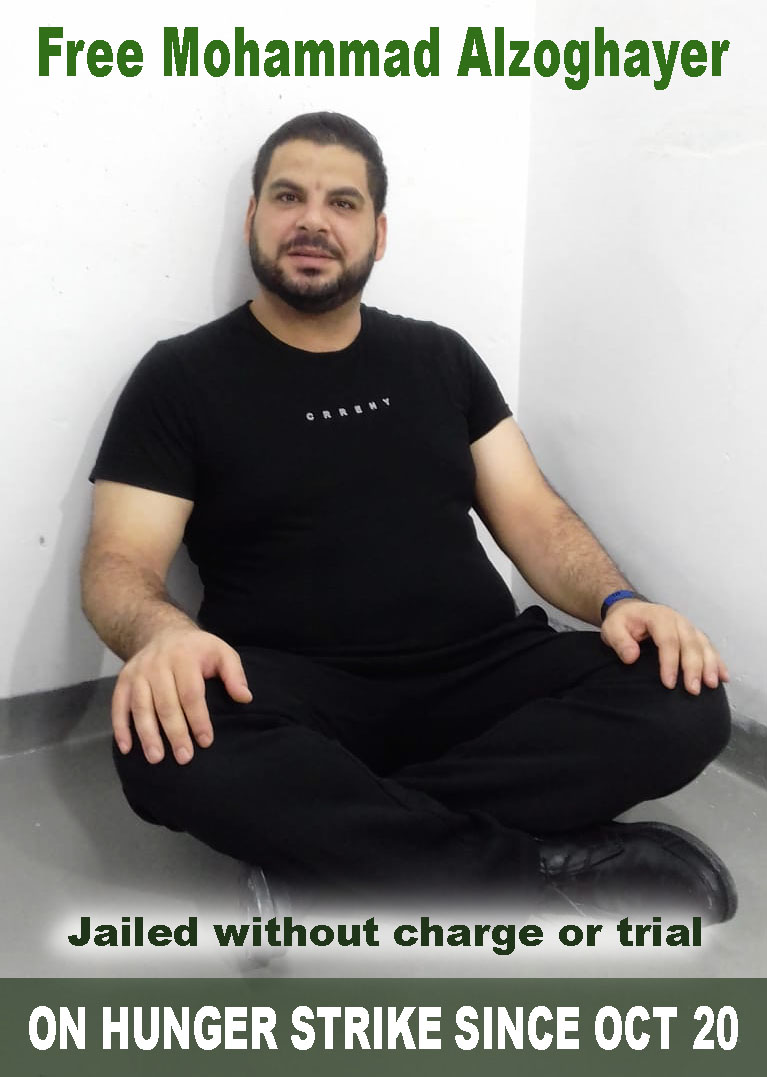 Update: Mohammad ended his hunger strike on November 9th after nearly three weeks. The Israeli military has agreed to release him on April 20, 2021.

Mohammad Alzoghayer is a 33-year-old Palestinian community organizer and father of three. Since late April, Mohammad has been kept in administrative detention in Israel without charge or trial. In protest, he started a hunger strike on October 20. He was then placed in solitary confinement. Read more about Mohammad's case here.

To: Secretary-General of the United Nations António Guterres

We, the undersigned, call on you to use your position to urge Israeli authorities to immediately release human rights activist Mohammad Alzoghayer, who has been detained without charge since April 20. We ask that you call for an end to Israel's use of administrative detention for Palestinians, including peaceful activists. We believe the practice amounts to arbitrary detention, which is illegal under international law. Peaceful protest is a universal right safeguarded by the United Nations. This duty should also hold true for Palestinians.