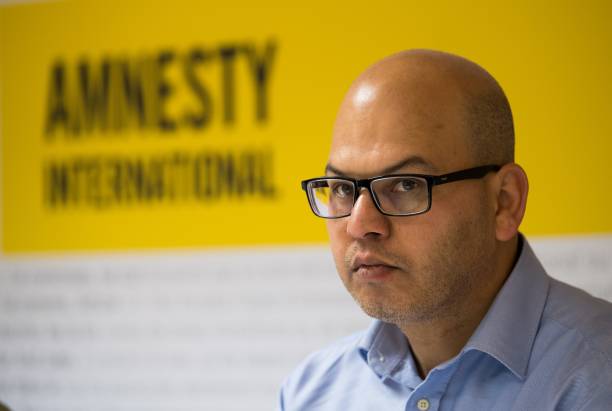 ***Update: Farid was released on a 5000 NIS bail. We are fundraising to cover the cost of his bail and lawyer. There is no indictment yet***

Our friend, human rights lawyer Farid Al-Atrash, was arrested by Israeli forces early on July 4th after returning from a protest against the Palestinian Authority.

Farid is being detained under military order 101, which criminalizes participating in any gathering of a ten of more people for a "political" purpose, no matter how peaceful. The Israeli military is accusing him of participating in another protest in Bethlehem on June 15th, yet the timing of his detention implies that the arrest order came from somewhere else.

We believe his arrest by the Israeli occupation is connected to his activism against the PA’s oppression and the killing of Nizar Banat. Farid is a main campaigner for seeking accountability for Banat's murder. It is Farid's right and duty as a human rights defender to peacefully observe protests and demonstrations.

He will have a hearing in Ofer military court on Sunday, where we expect the prosecution to present the charges.

Join our urgent call to the U.S. State Department calling on them to ask Israel for Farid's release.

We, the undersigned, write to you with great urgency to call on the Israeli government to secure the immediate release of Palestinian human rights lawyer Farid Al-Atrash and dropping all charges against him. Al-Atrash was arrested by Israeli forces upon returning from a protest against the Palestinian authorities.

Israel has detained Al-Atrash under military order 101, which undermines the rights to freedom of expression and peaceful assembly. We believe his arrest by the Israeli occupation is connected to his activism against the PA’s oppression and the killing of activist Nizar Banat.

As the State Department spoke out against the killing of Banat, we believe the Department must also protect those who seek accountability for his death and stand up for other peaceful Palestinian critics and human rights defenders. Al-Atrash has dedicated his life to defending the rights of others. It is the duty of the United States of America to call on the Israeli government to free Al-Atrash and end the crackdown on peaceful activists, whose civil rights are not upheld, neither by Israel nor the Palestinian authorities.